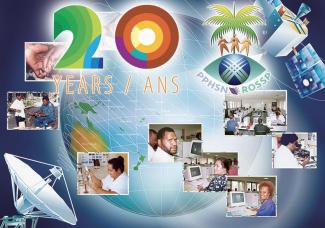 The Pacific Public Health Surveillance Network (PPHSN) will celebrate its 20th anniversary this week (19-22 April) at a regional meeting in Suva, Fiji.

This event, which is organised by the Pacific Community (SPC) in collaboration with the World Health Organization and the Fiji National University, will be attended by public health officials and experts from across the Pacific.

“We are proud to be hosting this event highlighting the value of this long-established network”, SPC’s Acting Deputy Director of Public Health, Dr Salanieta Saketa said.

PPHSN has established robust services over the past 20 years to support national and regional surveillance and response to epidemic diseases such as dengue fever.

“Among the numerous successes of PPHSN is the development and utility of PacNet, the first service of the network primarily meant to serve for epidemic alert and communication,” Dr Saketa said.

More than 7,600 alerts and reports related to epidemic and emerging diseases have been shared among health professionals from the region through PacNet since its creation in April 1997.

In addition to PacNet, PPHSN has established the following five services: the Pacific Syndromic Surveillance System for early detection; LabNet for verification and identification; EpiNet for investigation and response – including preparedness; PICNet for infection prevention and control; and the Data for decision making (DDM) and Strengthening Health Interventions in the Pacific (SHIP) field epidemiology training programme.

This event not only provides the opportunity to renew networks with PPHSN partners and celebrate successes, but also to discuss challenges that are common to all countries of the Pacific in combatting epidemic and emerging diseases and identity strategic directions for the next five years.

The meeting will end on Saturday 22 April 2017 at midday and will be followed immediately by a meeting of the PPHSN Coordinating Body (until 24 April) and the 5th Heads of Health meeting (from 25 to 27 April).

The convening of this meeting is made possible with funding support from SPC, the French Pacific Fund, the New Zealand Aid Programme and the United States Centers for Disease Control and Prevention.